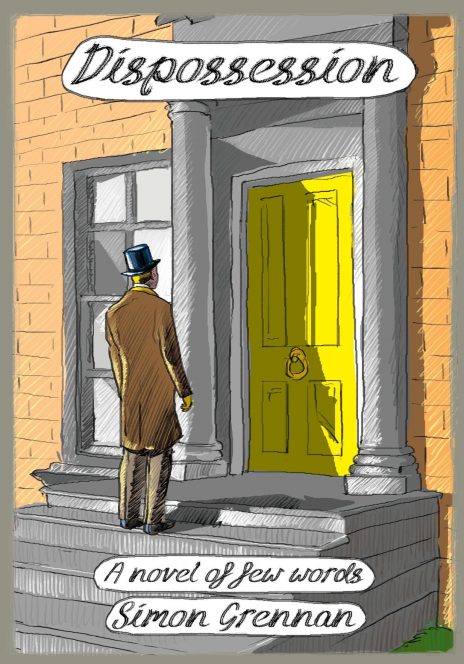 This was more a university gig NDC were invited to jump on board with, featuring an hour and a half’s presentation by Simon Grennan, the writer and artist behind the Guardian acclaimed adaptation of Antony Trollope’s 1879 novel John Caldigate, retitled by Simon, DISPOSSESSION.

Beginning with a rapid gallop through the comics industry’s standard approaches to the adaptation of ‘classics’, typified by ‘Classics Illustrated’, Simon highlighted the slavish reliance on simply regurgitating plot and how this impoverished the interpretation and ghettoised the genre as strictly for the kids. More recent adaptations by the likes of our own INJ Culbard, Jacques Tardi in France and Kenyan/Swedish artist, Catherine Anyango, took an identifiably personal approach, Simon felt, somewhat unreflective of the source materials’ literary style – if you like, ignoring the ‘voice’ of the prose author in favour of the comics author’s. Simon therefore set himself the task of deconstructing not only the Trollope plot, his characters, settings and their journey, but also Trollope’s writing style, searching for a visual language that would echo the prose language. 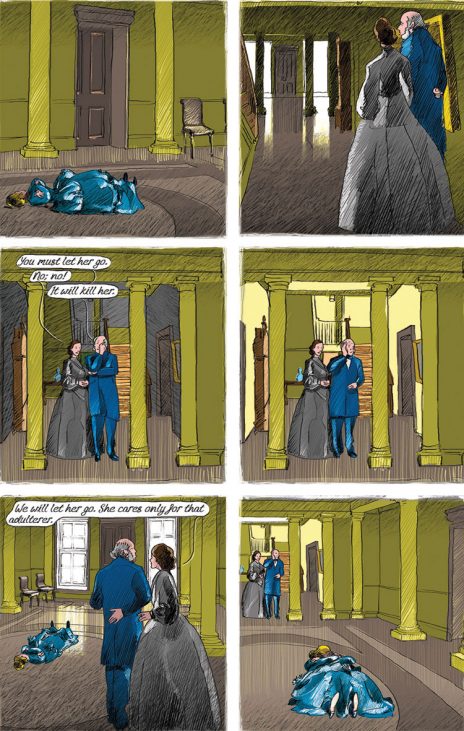 Trollope churned out what are now called ‘Arga Sagas’ that focus on the constrained, seemingly catholic and pretty boring machinations of the 19th Century’s bourgeoisie, and his is frankly not the source material any comics creative would choose to take on. But this was a commission, an academic exercise Simon grasped with both hands. After a lot of research and consultation, he nailed to his mast four rules he considered would best convey and be truthful to Trollope’s narrative and text. He set himself a fixed six panels per page format, thus undermining any concession to graphic pace or emotional engagement. Secondly he decided to keep a distance from his/Trollope’s characters, never taking his readers closer than a full-figure medium shot of either the action or interactions. Realising that Trollope largely ignores the world through which his characters travel, Simon decided to expand on the text, researching, adapting and instilling interesting and maybe important cultural details about, for example, the Australian emigrant ships or the lives of Wiradjuri aborigines. This embued his comic with a verisimilitude he considered strengthened the original text. Lastly, he decided to rotate his POV during the course of any one sequential situation (see sample page), providing the reader with a full understanding of their location if not the cut of their apparel. (If that’s difficult to picture, watch the extraordinary films of Ozu or Miklos Jansco, two cinematic masters who employ their camera as a roving eye.)

Whether you are into adaptations or not, Simon’s was a fascinating presentation, and it is a pity time didn’t allow for deeper questioning. He acknowledges DISPOSSESSION is an uncomfortable read, largely because it ignores conventions and embeds its own picture language, but these experiments have happened before in our medium, with varying degrees of success. Whether Simon’s battle plan for Trollope’s matrimonial yarn actually nails what he set out to achieve would have been good to discuss more fully.