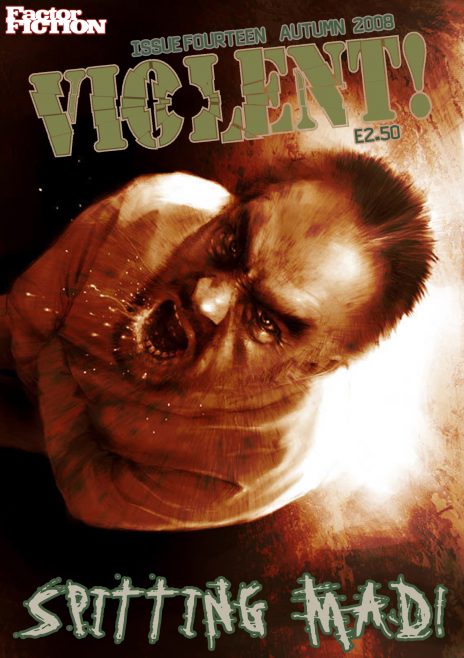 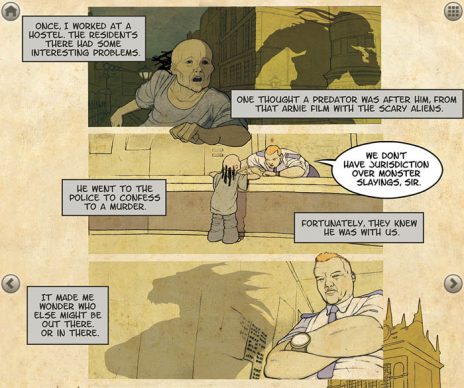 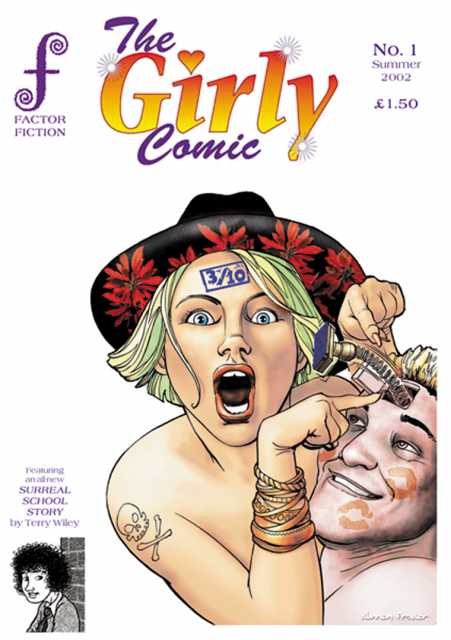 Our first speaker this evening was Jay Eales, a fixture in the Leicester comics scene, speaking on the realities of collaboration, with special attention paid to the life of a freelancer. Jay’s CV is nothing if not diverse – from 70’s throwback Violent to content in the American Splendour DVD Extras, which sent me scurrying to dust-off my somewhat neglected copy. Specific mention must go to “an introduction to clinical trials for children”, which I think wins the no-prize for most obscure brief for a comic presented to us (so far, anyway). Jay talked us through the sometimes circuitous routes to seeing your own work in print and provided sage advice for would-be collaborators – “Don’t be a d**k!” The group found amusement in excellent references to fibrous stools (you had to be there) and his views on Warren Ellis’ approach to publicity. As an aside, Jay claimed to be reading from a script – if so this was a script full of great improvisations!

Coventry University Course Director Francis Lowe’s enthusiasm for delivering one of the country’s top animation/illustration courses was on display in full force. He discussed his displeasure with the ‘idealised’ (ie semi-pornographic) approach to drawing humans chosen by many students, and emphasised the singular joys of capturing unusual and unconventional body shapes, thus avoiding anodyne approaches to anatomy. His treatise on the nuance of drawing body fat was a revelation! Francis bravely confessed his disturbing habit of sketching strangers in bars and nightclubs but reassured us it was only borderline stalking. His talent and ability to deliver an interesting and funny presentation was obvious – Francis was undoubtedly the lecturer we all wished we had at university – overlooking his habit of demanding to see students’ Moleskins (sketch books), any time, any where, and making them sing if they can’t be produced… scary stuff!

Comic creator and indie publisher Selina Locke posed the question, “What do you mean, there are no women working in comics?”, which just happens to be the title of her forthcoming book from Five Leaves Graphic. Thankfully her title was not rhetorical as the audience were quickly made to appreciate women are and have always been omnipresent, if under-represented. Selina delivered a passionate presentation informed by research for her book covering 200 years of U.K. comics history. We were informed about some female creators who, unfortunately, have been airbrushed from history and learned something new about Ally Sloper, the origins of Rupert the Bear and the mysterious title The Silent Three, an enigmatic strip that demands further research. Selina reminisced about her own contribution to the medium, The Girly Comic, and impressed us with both her collection of underground feminist comics and the relentless progress of the Inking Woman exhibition, leaving the room upbeat about the future prospects for laydeez who do comics!