Lowdham Book Festival recently hosted an extraordinary panel session of Nottingham Does Comics, extraordinary for featuring three guests plainly steeped in comics culture and a facilitator hungry to learn more about ‘The Literary Art of Cracking Comics’, the subject for discussion. James Walker of Dawn of the Unread was armed with all the right simple questions a public warming to the medium might ask of a creator (Sally Anne Thompson), a retailer (Jonathan Rigby from Page 45) and an academic (Dr. Matt Green from the University of Nottingham).

Too often comics buffs gloss over basic questions like, ‘Which should I read first, the words or pictures?’ and yet therein lie the keys to a full appreciation of a literary form that, despite producing works of manifest sophistication tackling adult themes, is invariably and wrongly dismissed as strictly for the kids. Steeped in prose literature, James readily admitted he is immediately drawn to the linear form of the text before retreating back up the page to give the images due consideration. And why not, the panel suggested, if it works for you. There are no hard and fast rules. The medium has the power to control the eye and prioritise, and if any one page or panel doesn’t, that also is intentional in the best of works.

Prompted by James, the panel went further back to basics and clarified the terms – ‘comics’ is the art form, ‘comic’ or ‘comic book’ is the frequently serialized floppy magazine format, while ‘graphic novel’ is the uncomfortable term applied by the media to the spine-backed book format, encompassing autobiography, investigative journalism, historical works and everything factual, from academic treatises to comics cook books. Finally, ‘comix’ is the underground’s way of saying ‘Children Keep Out’. It’s good to know, but I would add ‘comics strip’ (a single line sequence) and ‘comics block’ (several tiers of the same, most frequently seen as a half page in an otherwise prose magazine or newspaper).

Peppered with references to modern masterpieces like From Hell (scripted by Alan Moore, illustrated by Eddie Campbell), the discussion explored how writers and illustrators co-operate together. Sally made the point that writers tend to be protective of their words while illustrators are ever looking to bin as many as possible, aware that images can often speak the same louder or more sensitively. In the case of skilled writer-illustrators like Jens Harder (Alpha), it is evident the creative process leans towards the visual, paring down the prose to poetry, making every word count. For an auteur like the maestro Shaun Tan, words just get in the way of his mastery of visual poetry, exemplified in his wonderful The Arrival, about the great American immigration bubble.

While everybody acknowledged similarities between comics and film (or maybe storyboarding is a closer comparison), the panel believed cross-fertilisation rarely worked in either’s favour. If Hollywood is presently filling off-shore accounts on the back of Marvel and DC, their industry is not doing our industry a great service. Jonathan considered Ghost World (based on Daniel Clowes’ sensitive account of adolescent angst) the best of the bunch, though Matt mentioned the excellent American Splendour, acknowledging the movie is more about its curmudgeon author, Harvey Pekar, than an adaption of Pekar’s actual memoire. 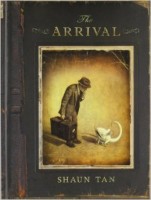 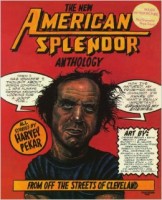 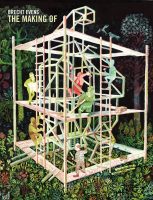 For more recommendations, go talk to Page 45 on Market Street.

Away from the silver screen, Sally enthused about A Bride’s Story, a sumptuous historical romance by Japanese manga artist, Kaoru Mori. (Manga just means comics, only from Japan, just as bande dessinee are Franco-Belgian comics and manhua are Chinese comics. Manga and manhua are properly read right to left from back of the book, but many have now been flipped for the English-reading public, not always successfully.) Of Mori’s work, Sally said, “It is masterfully drawn and an absolute pleasure to read, but also beautifully composed, with an eye for smooth reading and clarity, despite her lavish attention to everyday details. She is willing to take time out of a larger story to dwell on a moment, so we experience it fully rather than hurrying from plot point to plot point. It’s soothing and uplifting, and an absolute comics masterclass.’ Plus, of course, Mori’s work gives the lie to suggestions that comics are a man-and-boy-thing.

For some in the audience, the creative potential of specialist colourists and letterers to enhance a work maybe came as some surprise. Letters might just be code, but the look of the words can go way beyond standard fonts to imbue the text with significance and meaning. Jonathan referenced Brecht Evens’ hand lettering in his blindingly colourful The Making Of, and I would single out the mastery of the anarchic font employed in Wilfrid Lupano and Jeremie Moreau’s stinging anti-racist take on The Hartlepool Monkey. As to colourists and what they can achieve, our man from Page 45 positively oozed over the work of Elizabeth Breitweiser, specifically in the L.A. movie satire The Fade Out by Ed Brubaker and Sean Phillips. Sumptuous, flowing and precise for a 1940’s homage, there are pages where Elizabeth suddenly throws us a curve ball and renders a sequence in the block colours of a demented Mondrian.

Right now comics are such a rapidly evolving medium that an hour’s slot was never going to do justice to all the questions the audience needed answering. Though the turnout was small, it was evident the audience was excited and stimulated by what they heard. One couple cornered me with notebooks in hand and asked for the above recommendations again. Another member’s departing words were, “If I wasn’t already into comics, I’d be hammering down the door of Page 45 with an open cheque book!,” an appreciation that belied their age and escalating passion.