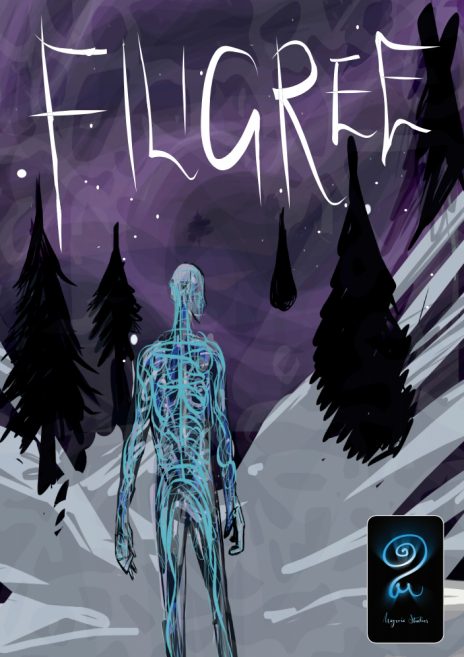 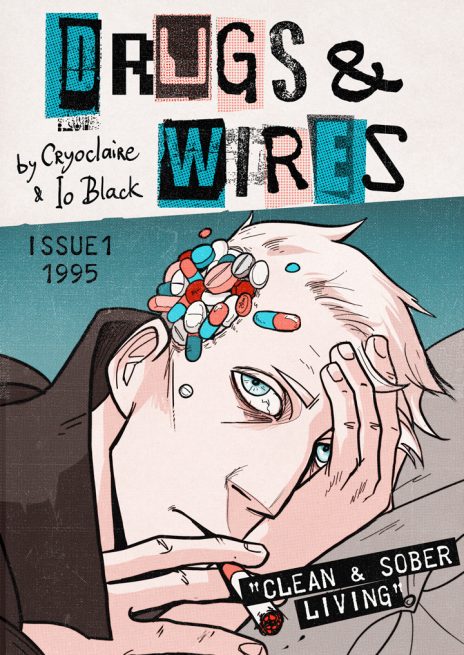 One of the joys of NDC is being able to alert people to new publications emerging from our streets, especially self-published comics, on-line or hard copy, and this week we have one of each. Filigree is a beautifully coloured and graphically haunting futuristic piece written by Will Starling with art by Adam Willis. It is 16 pages long and published by Magoria Studios, but I have no idea of the price. Having sent me a pdf copy, my reply emails have bounced back, so I know no more than that it is definitely available from Mondo Comico and maybe other Nottingham comic stores. If you are out there Will, please get in touch!

The on-line comic is realised by Cryoclaire, aka Mary Safro, and written by Io Black. Called DRUGS AND WIRES: Everything Went Wrong, it’s about ‘what happens when the future that never was meets the past we… poke fun at’, but you can find much more about the concept and the series on their excellent and very enterprising site here. Also accessible is an earlier incarnation of Drugs and Wire called Dreamspace, which makes imaginative use of the digital medium, plus hard copies of the series (there are currently three in the series) and a selection of striking grunge T-shirts and other merch. Hopefully we can talk Cryoclaire into doing a presentation for NDC towards the end of this year.

Same with Magoria, if they ever reappear!